You are here: Home / The Monument / The Project / Monument Site

A central London site was donated by Westminster City Council for the Monument. The site is based on an existing panelled granite structure 25 metres long. This structure was originally designed as a smoke outlet for underground trains when they were powered by steam engines. It had been filled up and blocked for many years. 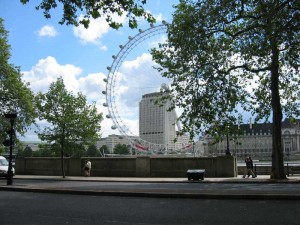 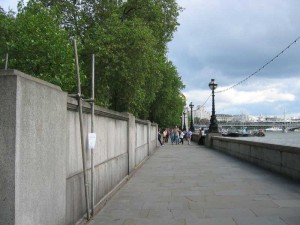 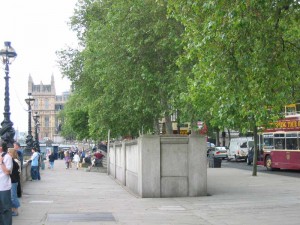 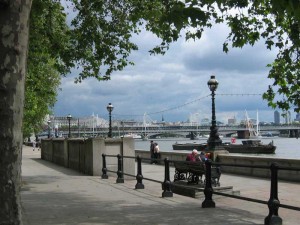 The site is located on the Victoria Embankment (north side of the river Thames) between the RAF memorial (the one with the big eagle wings) and Westminster bridge / Big Ben. It is opposite the London Eye ("The wheel").

The pictures show the pre-Monument state of the site from various directions in June 2004. The scaffolding that can be seen is part of a test drilling into the core before construction began.

A walkway was cut obliquely through the middle of the structure and bronze reliefs, depicting aspects of the Battle in the air and the back-up on the ground, are featured along either side.

Bronze plaques holding in raised relief the names and ranks of the airmen who took part in the Battle are mounted around the outside of the monument with the airmen's names grouped under their respective countries.

The plaques also incorporate a short description of events, the badges of the Fighter Command squadrons involved and, facing the RAF Memorial, the Badge of Fighter Command.