You are here: Home / The Airmen’s Stories / Trevor Guest Oldfield

Trevor Guest Oldfield joined the Auxiliary Air Force in early 1938 serving as an Aircrafthand at RAF Kenley with 615 ‘County of Surrey’ Squadron. A year later he elected to change his trade to qualify as an armourer and with the onset of war he was called up to full-time service in August 1939.

He was recommended for pilot training and began his ab-initio training at 5 Elementary Flying Training School at RAF Meir near Stoke-on-Trent in Staffordshire. In early August he completed his flying training and converted to Spitfires at an OTU. 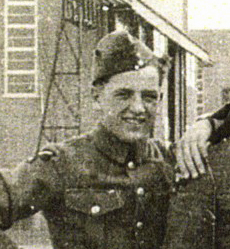 He was posted to 64 Squadron in early September 1940 but shortly afterwards he was sent to 92 Squadron at Biggin Hill.

Sgt. Oldfield is recorded as having flown on his first operational sortie with 92 Squadron during the late afternoon of Saturday 21st September 1940, but the patrol proved uneventful. On Thursday 26th September, Sgt Oldfield accompanied P/O A Wright on a patrol over Tenterden at around 16:00 hours, in which they stalked a Dornier Do17 that kept dodging in and out of cloud before P/O Wright put in a sustained burst of fire at very close range. Their prey disappeared into cloud, but P/O Wright submitted a claim for a destroyed Dornier.

The action for ‘Ganic’ Squadron began early on the following morning of Friday 27th September with a ‘Scramble at 08:45 hours, but in the ensuing combats the squadron lost F/Lt. J Paterson and F/Sgt. C Sydney, both killed.

Just before midday 92 Squadron were scrambled again and Sgt Oldfield, flying as Green 4, found himself in the position of ‘weaver’. The following is taken from his subsequent combat report:

I was Green 4 detailed to weave above the squadron formation. When in the Canterbury area I was weaving approximately 1000 feet above the squadron when the squadron split up and engaged the enemy (Me109’s). Owing to my being above the squadron I was able to turn sharply to the left and attacked a Me109 from quarter astern. I saw pieces fly off the enemy aircraft near to the wing roots after I had given him a 3 second burst. I had only time to see him half roll and dive away before I spun out. I could not see whether the aircraft crashed but about 2 minutes later I saw someone making a parachute descent

After the squadron had returned from the patrol the Intelligence Officer drew up their respective accounts of the combat. The consensus among the pilots was that as no one else could stake a claim the individual making a parachute descent must have been Sgt Oldfield’s victim.

The squadron was crambled shortly afterwards at 1445, Sgt. Oldfield, in R6622, and nine others intercepting Ju88’s and their high-flying Messerschmitt fighter escorts. Only nine aircraft returned to Biggin Hill at around 15:50 hours and it was subsequently found that Oldfield had crashed onto Hesketh Park in Dartford at about 15:15 hours. Eye witnesses on the ground claimed that the pilot had stayed with the aircraft in order to steer away from housing.

The Spitfire had disintegrated on impact and Oldfield was killed.

TO THE TREASURED MEMORY OF OUR BELOVED SON

NOT JUST TODAY, BUT EVERY DAY IN SILENCE 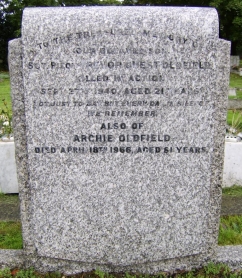 On 27th September 2007, exactly 67 years after the day of his loss, a memorial to Sergeant Trevor Oldfield was unveiled at Hesketh Park by the Shoreham Aircraft Museum, a full account is at: 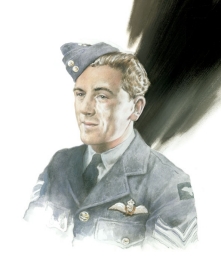 Above: a portrait made by Geoff Nutkins of the Shoreham Aircraft Museum 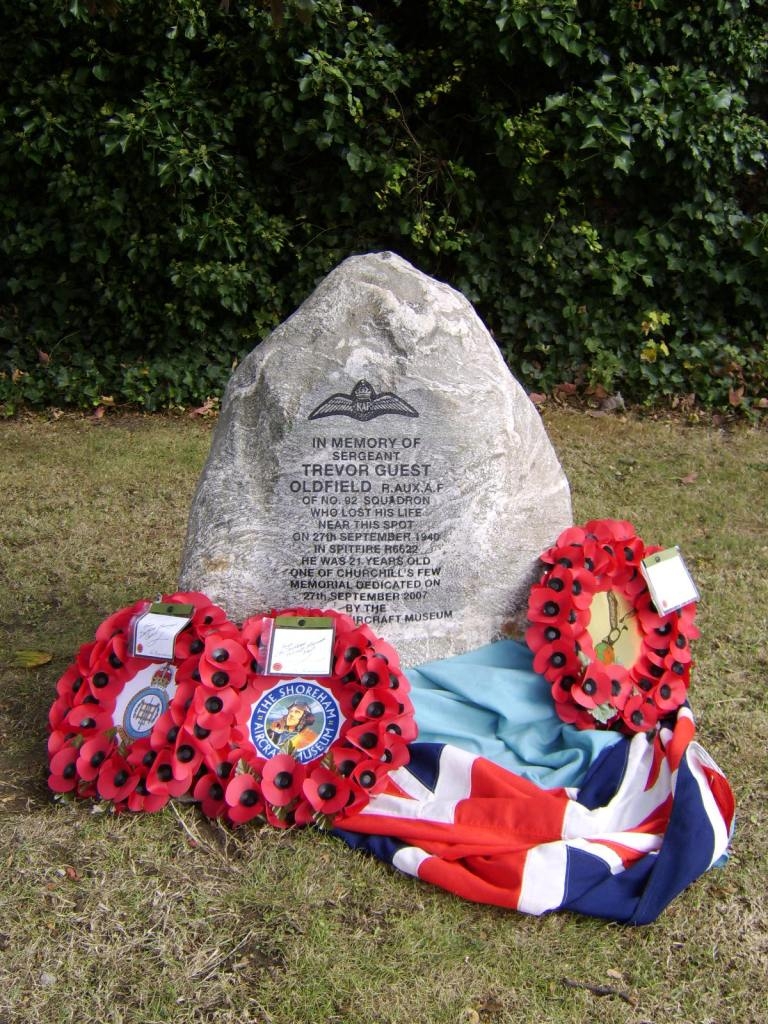 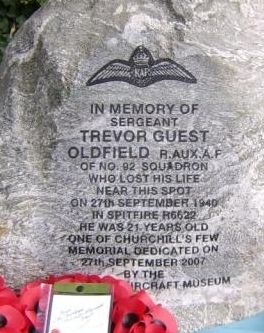