After the end of WW2 a decision had to be made as to how to commemorate the very large number of Commonwealth airmen that had been lost in training or action and whose bodies were never recovered.

It was decided that one memorial should be built in the United Kingdom to commemorate those airmen lost from bases in the UK, Iceland, the Faroe Islands, Northern Ireland, the Azores and those bases established on the Continent, including Russia.

Airmen lost in other theatres would be commemorated on memorials in Malta, Egypt (El Alamein), Singapore and Ottawa. Missing Fleet Air Arm airmen (over twenty served with Fighter Command in the Battle) would be recorded on their own memorial at Lee-on-Solent, Hampshire.

A site at Cooper’s Hill, high above the historic riverside site of Runnymede, was chosen and the six acres of land was donated by Sir Eugen Millington-Drake. Work began in late 1949. The memorial was inaugurated by HM Queen Elizabeth II on 17th October 1953. 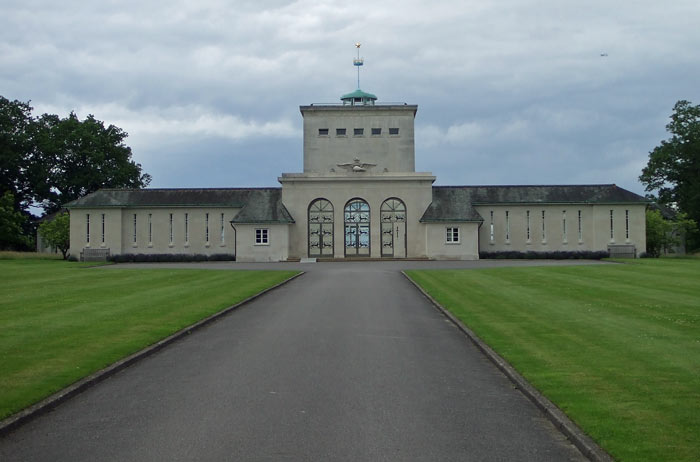 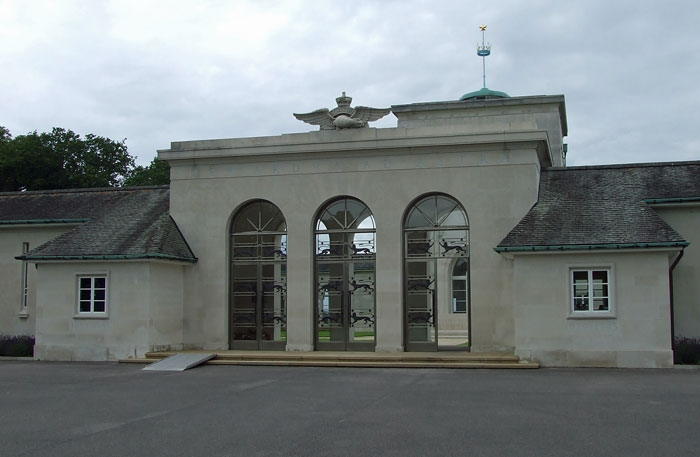 The design, by the principal architect of the Commonwealth War Graves Commission, Sir Edward Maufe, consists of a shrine embraced by a cloister within which the names of the missing are inscribed. The 20,466 names, grouped by rank within year of death, are engraved on the stone reveals and mullions of the narrow windows. This gives the impression of partly-opened stone books. The coats of arms of the Commonwealth countries look down from the cloister ceilings.

The cloisters have curved wings each terminating in a lookout point. The shrine has three stone figures (by Vernon Hill) representing Justice, Victory and Courage. A huge window there (by John Hutton) is engraved with a verse from the 139th Psalm:

If I climb up into Heaven, Thou art there;
If I go to Hell, Thou art there also
If I take the wings of the morning
And remain in the uttermost parts of the sea,
Even there also shall Thy hand lead me;
And Thy right hand shall hold me.

From the shrine two staircases lead to a gallery, from which a further staircase leads to the roof, panoramic views can be seen from both areas.

The memorial is open every day except Christmas Day and New Years Day as follows: 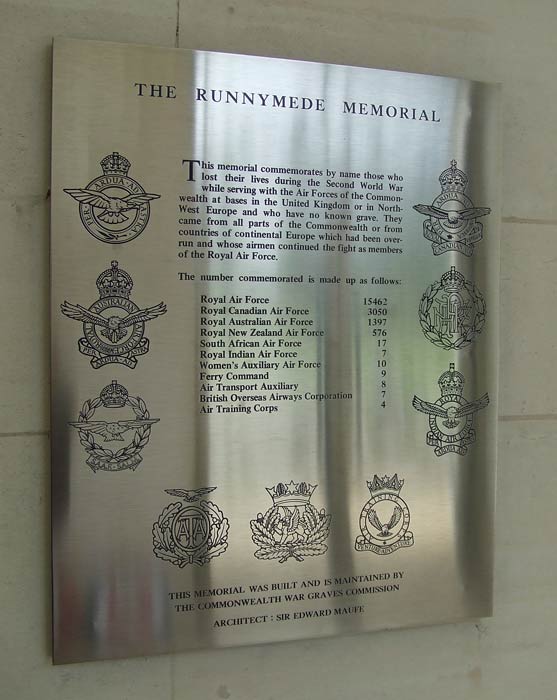 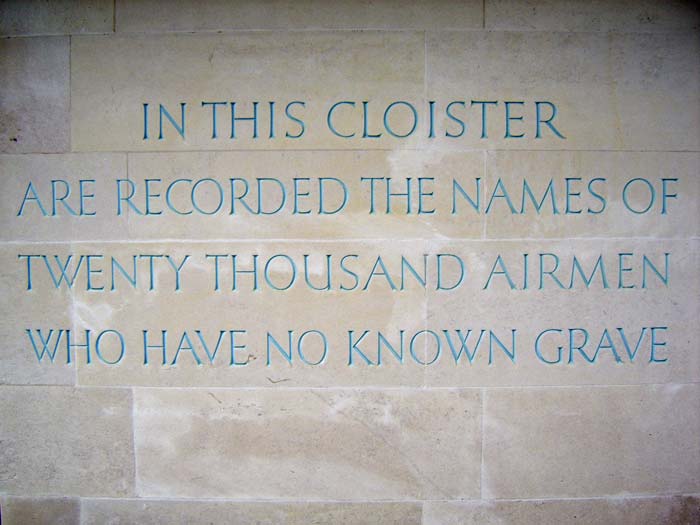 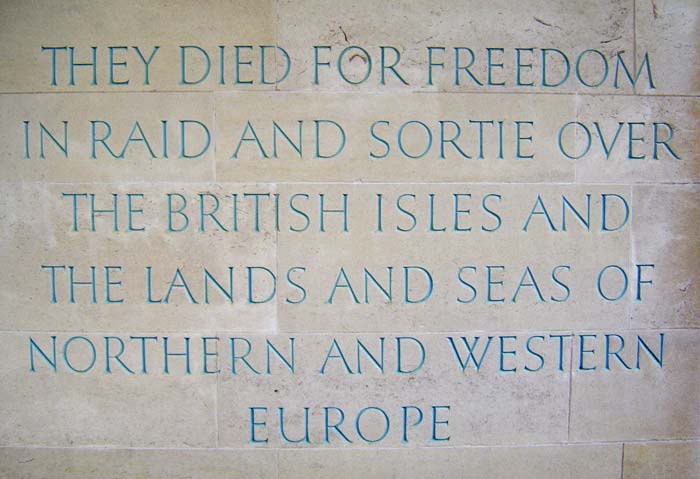 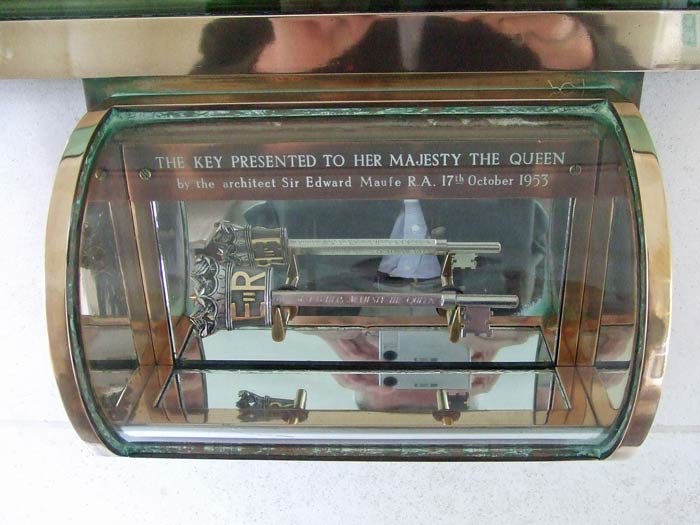 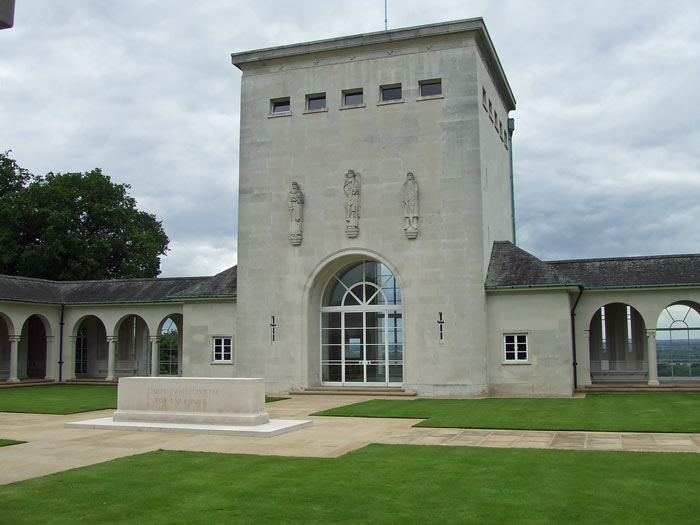 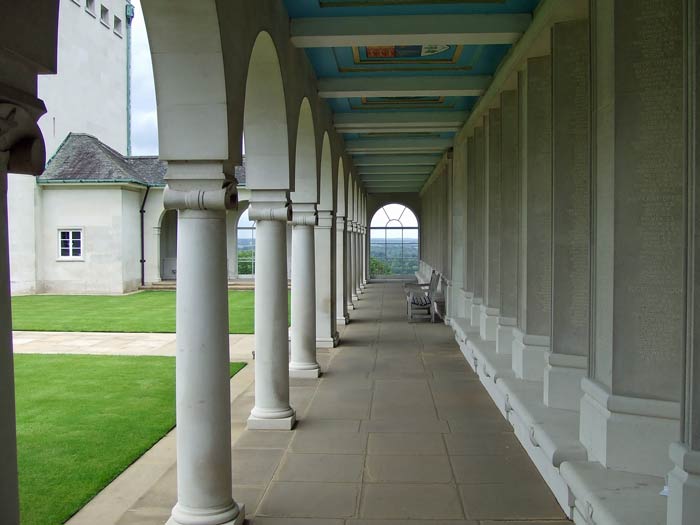 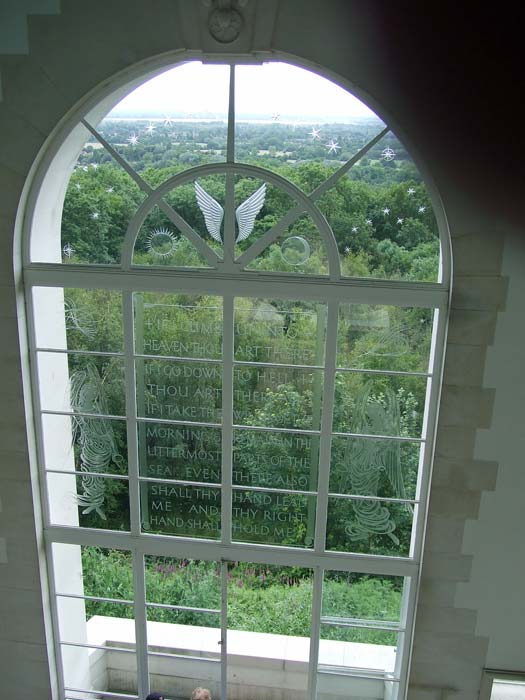 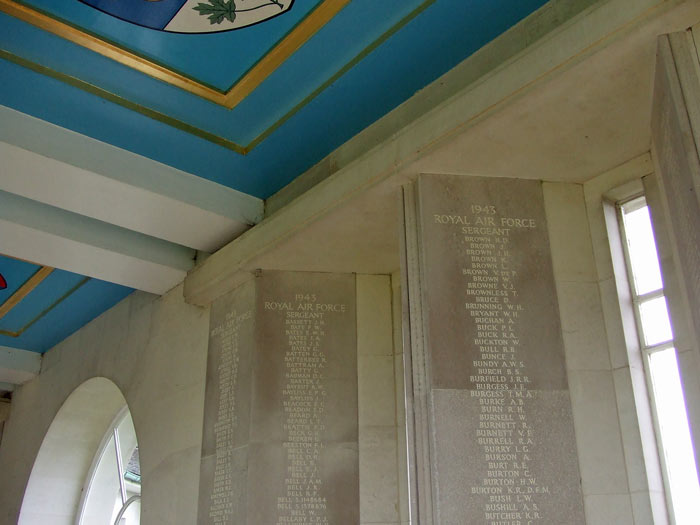 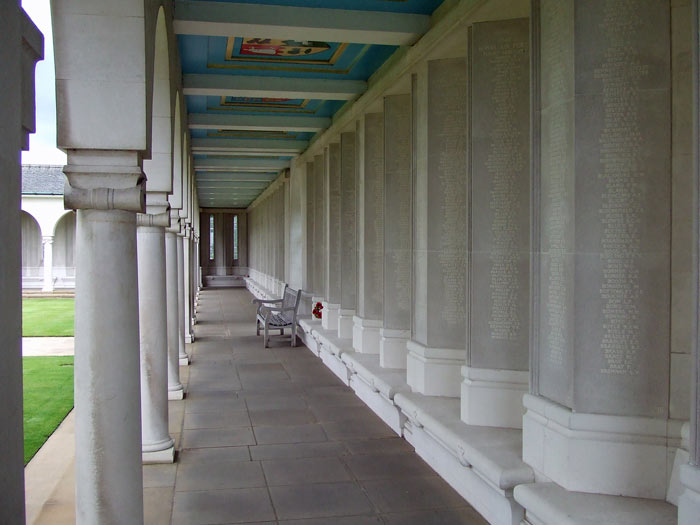