The Polish War Memorial is a memorial erected to remember the contribution of airmen from Poland who helped the Allied cause during World War II. It is situated beside the A40/A4180 roundabout junction near RAF Northolt between Ruislip and Northolt in the County of Middlesex, in the London Borough of Hillingdon.

The Polish Air Forces in France and Great Britain supported the Allied powers during World War II. A group of Polish officers who remained in Britain after the war formed the Polish Air Force Association and decided to erect a memorial. A committee, led by Air Vice Marshal Izycki, raised the necessary funds mostly from British people and Polish veterans, and the memorial was unveiled on 2nd November 1948 by Lord Tedder, Chief of the Air Staff, after a speech by Viscount Portal of Hungerford in which he said that it was a sad blow that many Polish veterans were unable to return home as their country had been occupied by the Soviet Union. He added that it would be to the mutual advantage of Britons and Poles that the latter were to make their home in Britain.
The memorial was designed by Mieczyslaw Lubelski, who had been interned in a forced labour camp during the war. The memorial is made from Portland stone with bronze lettering and a bronze eagle, the symbol of the Polish Air Force. The original intention was to record the names of all those Polish airmen who lost their lives while serving during WW2 (a total of 2,408) but there was not enough space for this and, as a compromise, the names of the 1,241 who died in operational sorties (as opposed to training or flying accidents) were inscribed instead. However further names were added between 1994 and 1996, when the memorial was refurbished and rededicated, giving a total of 2165.
Polish presidents Lech Walesa and Aleksander Kwasniewski have both visited the war memorial to lay a wreath, in 1991 and 2004 respectively. 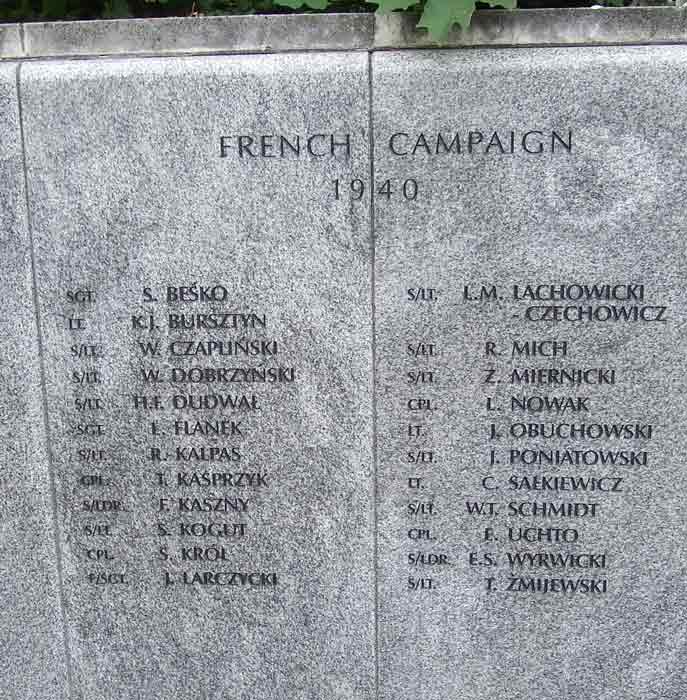 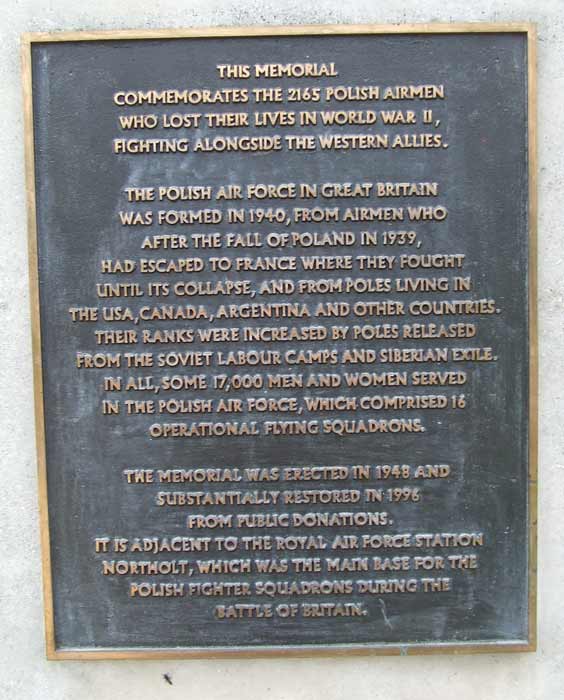 Above left: those lost in the French campaign are also remembered 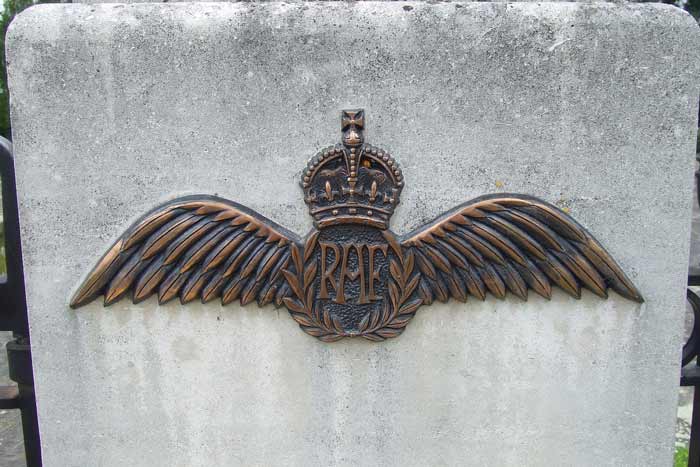 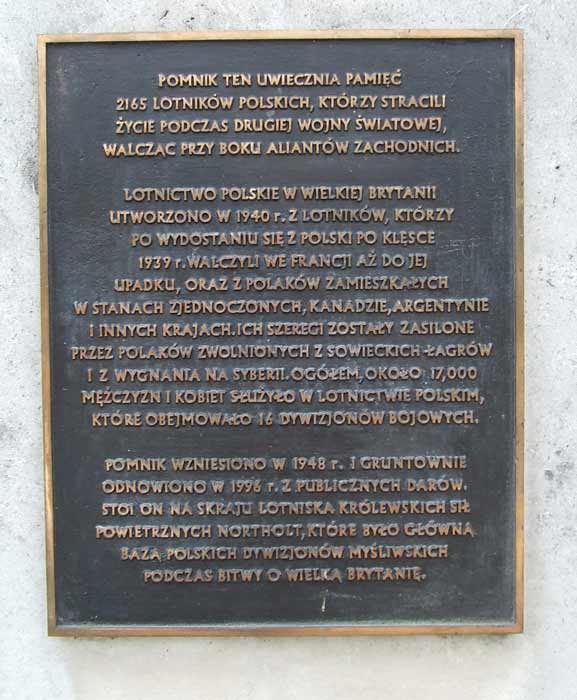 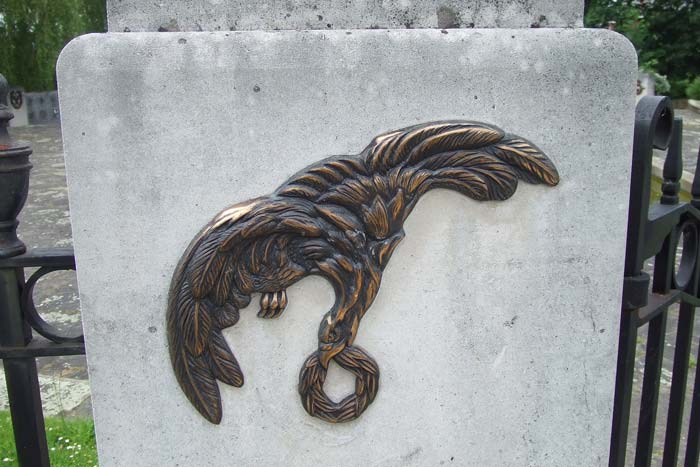 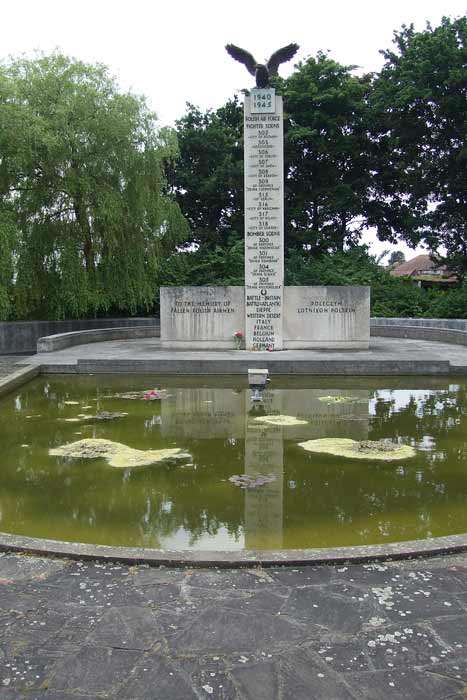 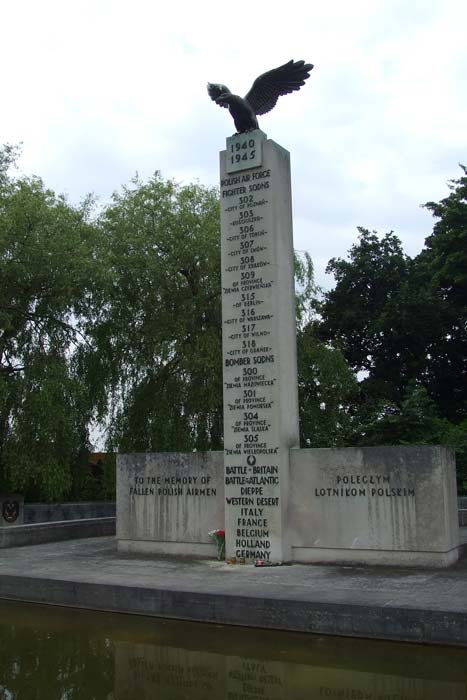 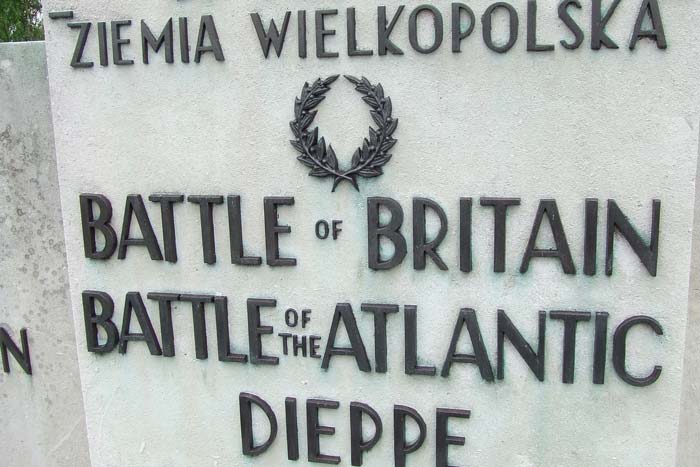 Below: Squadron badges are represented 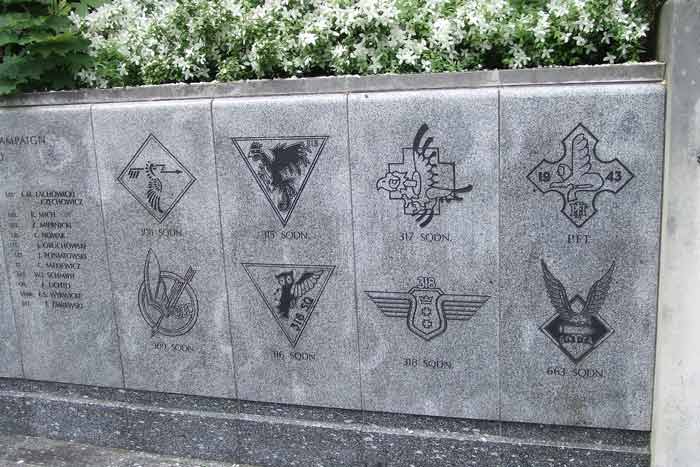 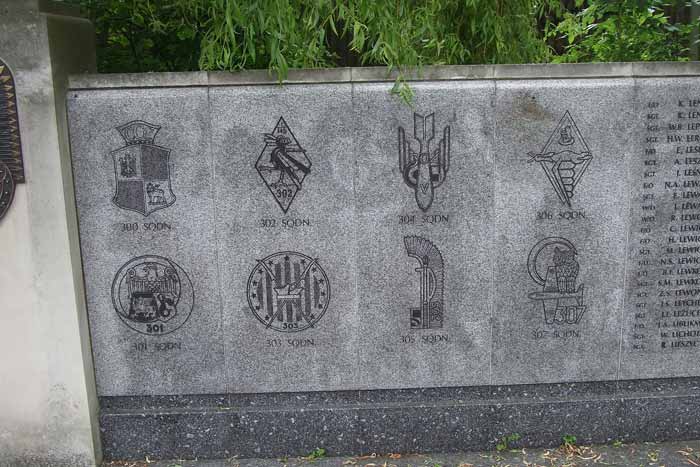