You are here: Home / Of Interest / Places of Interest / The Battle of Britain Memorial Window

Westminster Abbey has strong connections to the Battle, not least being the holding of the annual Battle of Britain Thanksgiving Service there each September (click here for more details). This service was instigated in 1943 though the first was held in St Pauls Cathedral.

A Battle of Britain Memorial Window was unveiled in the Abbey in 1947 and the ashes of Lord Dowding were interred close by on his death in 1970.

The Chapel in which the Memorial Window has been situated is the easternmost of five small chapels that collectively make up the Lady Chapel instigated by Henry VII and built sometime between 1503 and 1519.

The original window in the east wall was shattered by a fragment of a German bomb that penetrated the wall itself in September 1940. The hole it made remains, covered by a piece of glass.

The window was unveiled by King George VI on 10th July 1947, the seventh anniversary of the first day of the Battle.

The window glass is both stained and painted and consists of 48 panels or ‘lights’ arranged over four rows of 12. Hugh Easton both designed and made the window.

Through all the panels flows a background of a Rose Tree, the badge of Henry VII, which binds together all components of the window.

The entire top row and panels 13, 14 and 23, 24 of the second row show the winged Heavenly Seraphim with their hands outstretched to Paradise.

In panels 15 and 16 a Squadron Leader kneels before the Christ Child who raises his hand in blessing. He is held by Our Lady who is depicted standing on the crescent moon. The panels below, 27 and 28, again depict Our Lady but this time with the dead Christ across her knees symbolizing the sorrow and sacrifice of the mothers and widows of those who lost their lives in the Battle. The kneeling figure is a Flying Officer.

A Sergeant pilot is shown in panels 33 and 34, kneeling before the crucified Christ and symbolizing the sacrifice of the pilots themselves. Above this in panels 21 and 22 the pilots’ Triumph is depicted by a Pilot Officer kneeling in front of the risen Christ who carries the banner of the Resurrection, similar to the cross of St.George.

Panels 42 and 43 have Shakespeare’s words “We few, we happy few, we band of brothers” engraved across their lower section.

The remaining panels show the badges of the 63 squadrons that took part in the Battle (note 1) as follows:

Note 1: In 1947 the squadrons recognised as having participated in the Battle had been defined by an Air Ministry Order in 1946 that listed only 63 squadrons. This number was revised by a further Order (AMO) in 1960 that added 235, 236 and 248 squadrons plus the Fighter Interception Unit, 421 Flight and 422 Flight. A final AMO in 1961 added the Fleet Air Arm squadrons 804 and 808 giving the total of 71 squadrons and units that has been accepted since then as definitive.

(the images below are capable of displaying at 800 pixels on the long side if your browser allows). 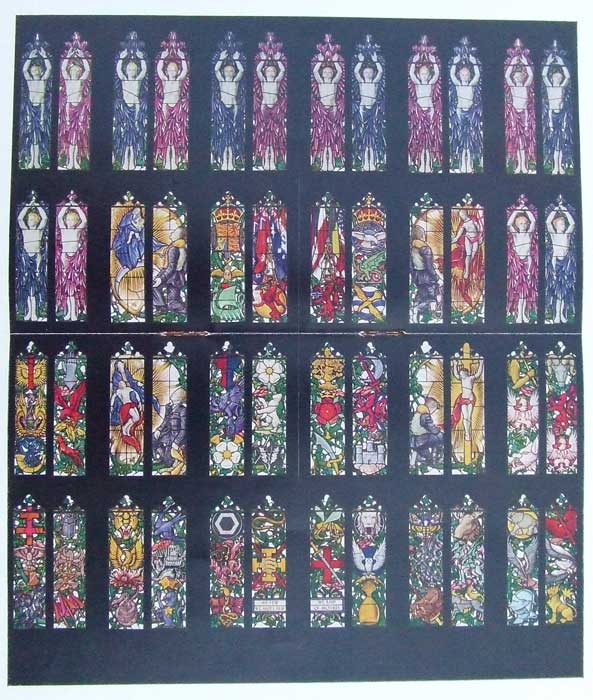 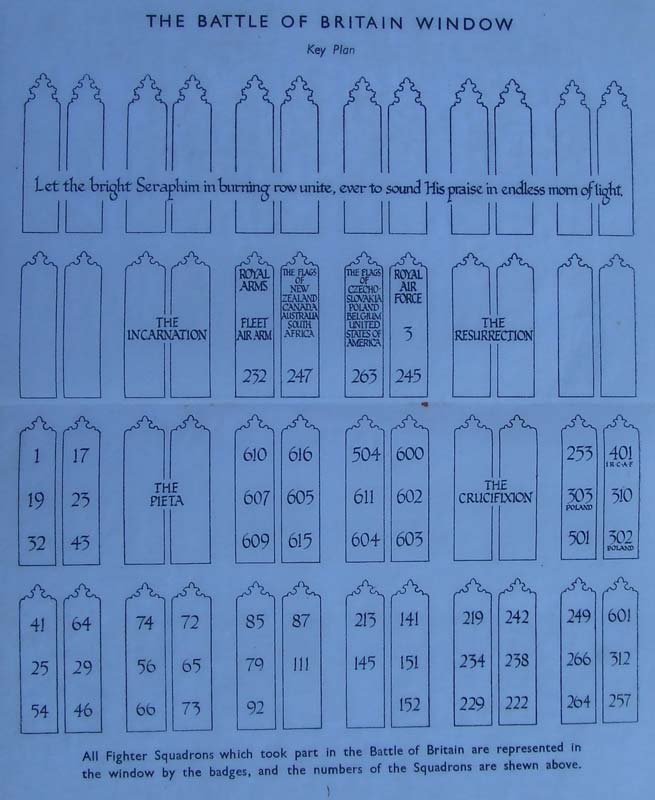 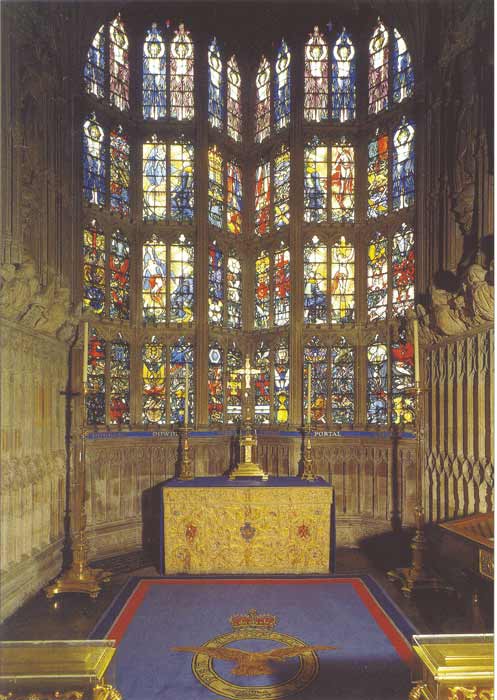 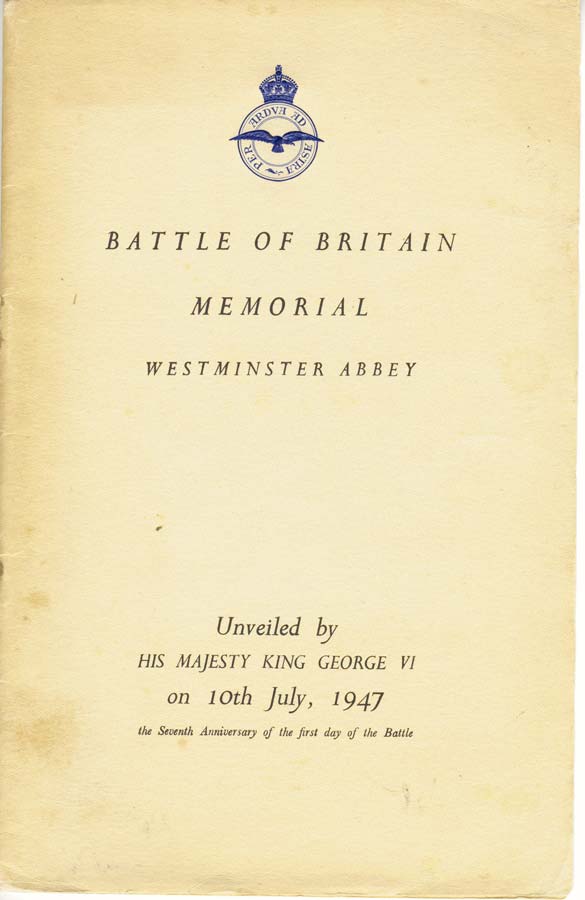