The Malta Memorial is situated in the district of Floriana in Valletta and is easily identified by the Golden Eagle which surmounts the column. It stands just outside the main entrance to Valletta and within a few yards of the bus station.

The Malta Memorial commemorates almost 2,300 airmen who lost their lives during the Second World War whilst serving with the Commonwealth Air Forces flying from bases in Austria, Italy, Sicily, islands of the Adriatic and Mediterranean, Malta, Tunisia, Algeria, Morocco, West Africa, Yugoslavia and Gibraltar, and who have no known grave.

The Memorial was unveiled by The Queen on 3rd May 1954.

The following airmen flew in the Battle but later lost their lives serving in the areas detailed above:

Each airman has his own webpage. 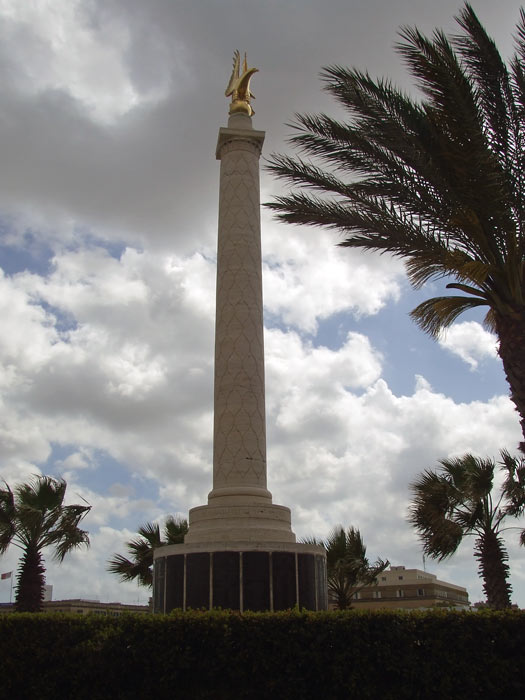 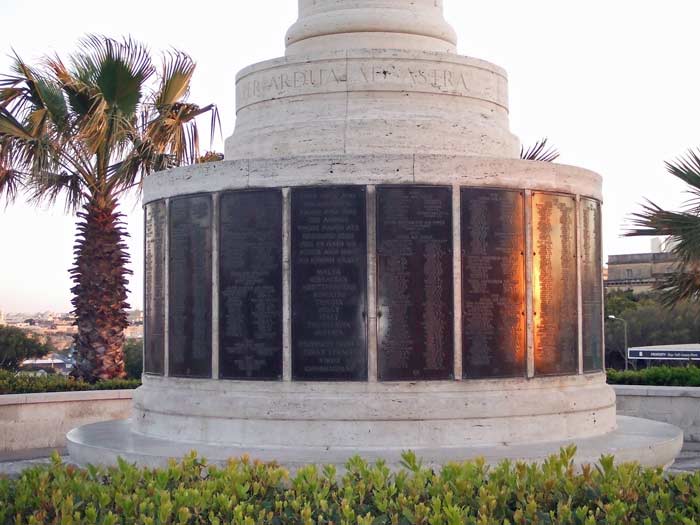 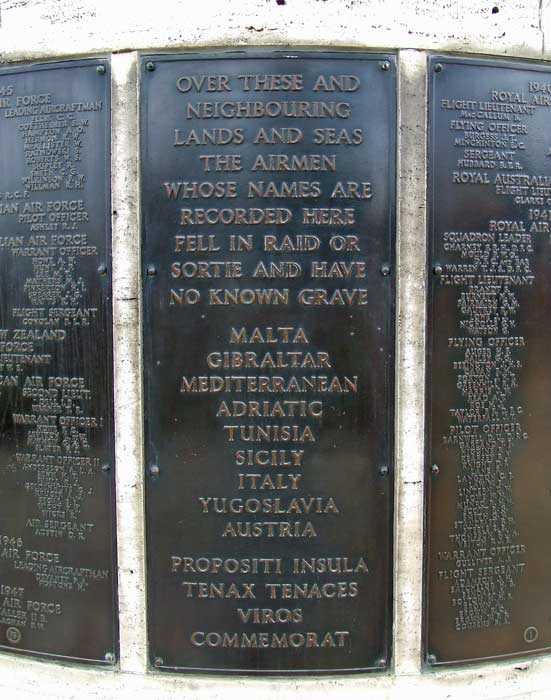