You are here: Home / Bob Dylan and the Battle of Britain

Bob Dylan played a concert at Wembley in London on 5th October 2000. While on stage the normally reticent star said the following as part of his address to the audience:

We’re playing over here with a lot of pride, it’s a big honour to play in this country, Great Britain. When I grew up they used to tell me about the Battle of Britain, RAF, Winston Churchill, all that stuff. Now, we all know that Britain stood alone. And without any allies and that always meant a lot to me and everybody that I grew up with. 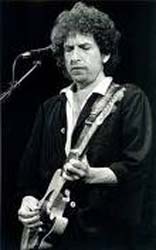